While we have always sought to support and promote dance artists based beyond London, that support is taken to a whole new extreme with a small army of dancers and choreographers heading down the M40 to all but take over our opening night - from Birmingham. Alongside Lo-Giudice Dance from Newcastle, our opening night Friday 15 November will be quite the celebration of regional dance, and be prepared to be amazed!

We visited Rebecca Namgauds, RDC and Autin Dance Theatre in Birmingham to watch them in rehearsal and interview them, so that we could offer you a trailer of their work and what they have in store for our audiences - and for each other, as in addition to creating new work, they're also dancing in each other's pieces.

Avatâra Ayuso is in a rare position as an artist: she has a thriving career as a midscale choreographer in Germany, but in the UK, where she is based, she is primarily known as a dancer, but only in the early stages of developing her choreographic career in this country, with recent performances at Dance Base during the Edinburgh Fringe Festival and at Donald Hutera's Go Live festival at the Lion & Unicorn Theatre in Kentish Town. Avatâra will be presenting two works on Sunday 17 November: the UK premieres of Dalcroze and Balikbayan, a new solo created on Rambert dancer Estela Merlos, with the support of Pavilion Dance South West and Arts Council England. Further details can be read here. 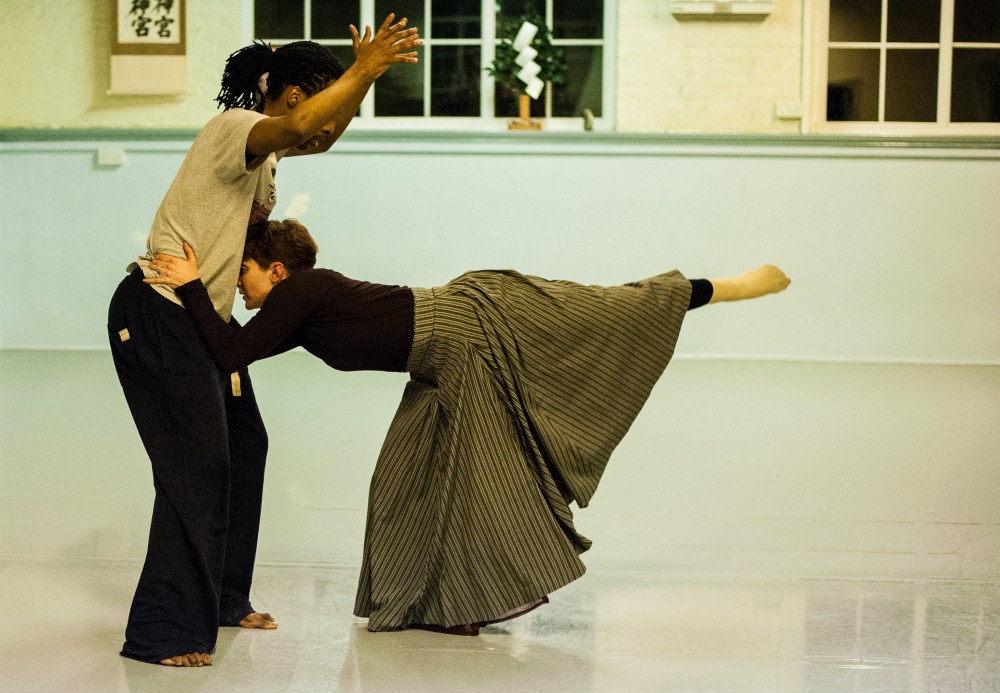 For the past six years, Mbulelo Ndabeni has been known to many as one of Rambert's dancers, and an enthusiastic choreography, regularly creating new works for Rambert's Seasons of New Choreography, their summer schools and other projects. The State In Between is a new collaboration between himself and Simone Muller Lotz, which will be developed into a longer work and presented in their native South Africa. The premiere of The State In Between will be on Saturday 16 November. Further details can be found here. 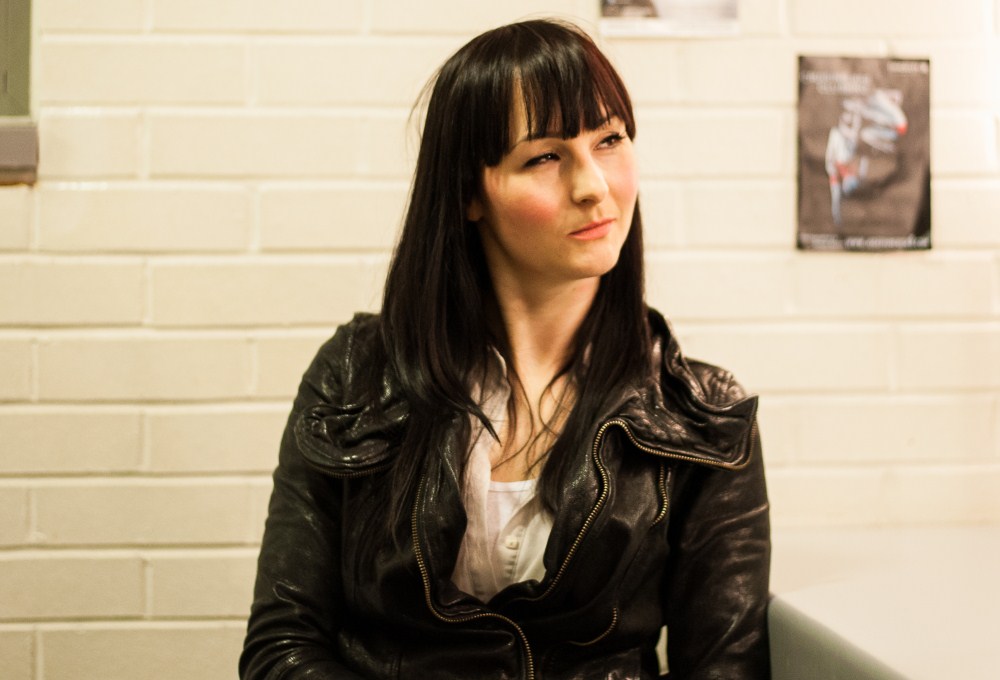 Our next featured artist from Newcastle is choreographer and film-maker Joelene English, who will be presenting an extract of her current Dance City commission, February 11th 1963, about Sylvia Plath's relationship with Ted Hughes and the end of her life. Since the original commission, Joelene has been invited to perform it at Touch Wood at The Place, MDI showcase Northern Dances, and now at Cloud Dance Festival on Saturday 16 November. Further details can be found here.

Anthony Lo-Giudice is preparing for his second performance at Cloud Dance Festival, with an extract of his Royal Northern Sinfonia commission from earlier this year, Distant Light. His first performance was in July 2011 under the name Exquisite Corpse | Dance Theatre, and his work has certainly gone from strength to strength since then, with commissions by Dance City, the Royal Northern Sinfonia and a thriving practice in Italy and the Czech Republic. Lo-Giudice Dance will be performing on Friday 15 November, and further details can be found here. 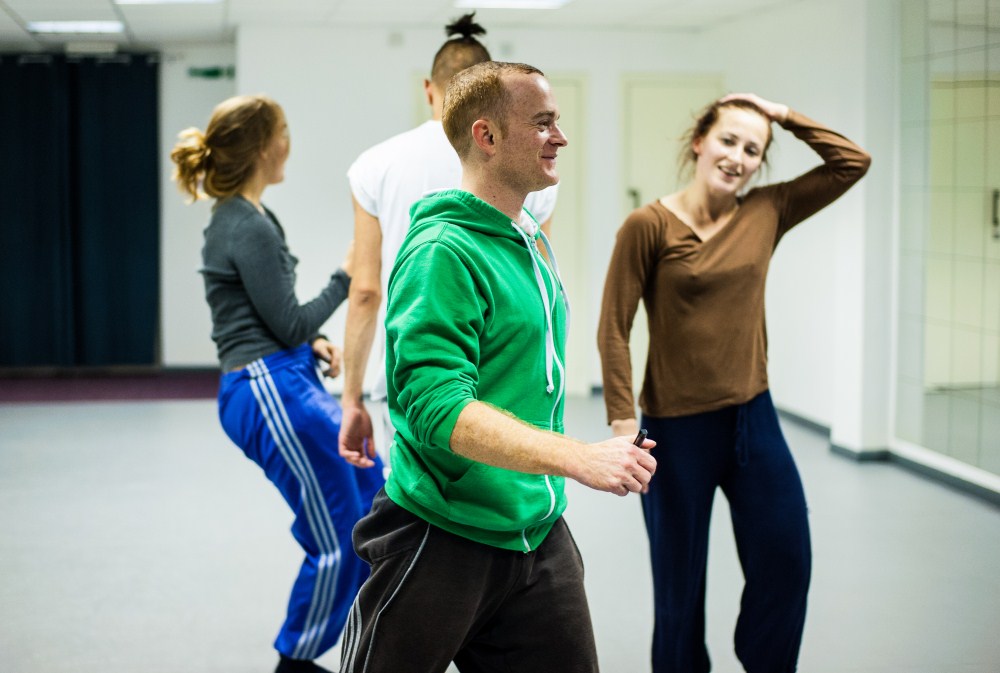 Adam Rutherford is a successful dancer and choreographer, having worked with, and performed works created by many high-profile choreographers including Matthew Bourne, Tamsin Fitzgerald, Hofesh Schecter, Enrique Cabrera, Wayne Sables and Helen Parlor, while his most recent Rehearsal Director work has seen him working with 2Faced Dance Company and Rosie Kay. Having founded RDC Youth in January 2013, Adam recently created RDC, and Me & My Shadow, to be performed on Friday 15 November, will be its first work. Further details can be found here: RDC. 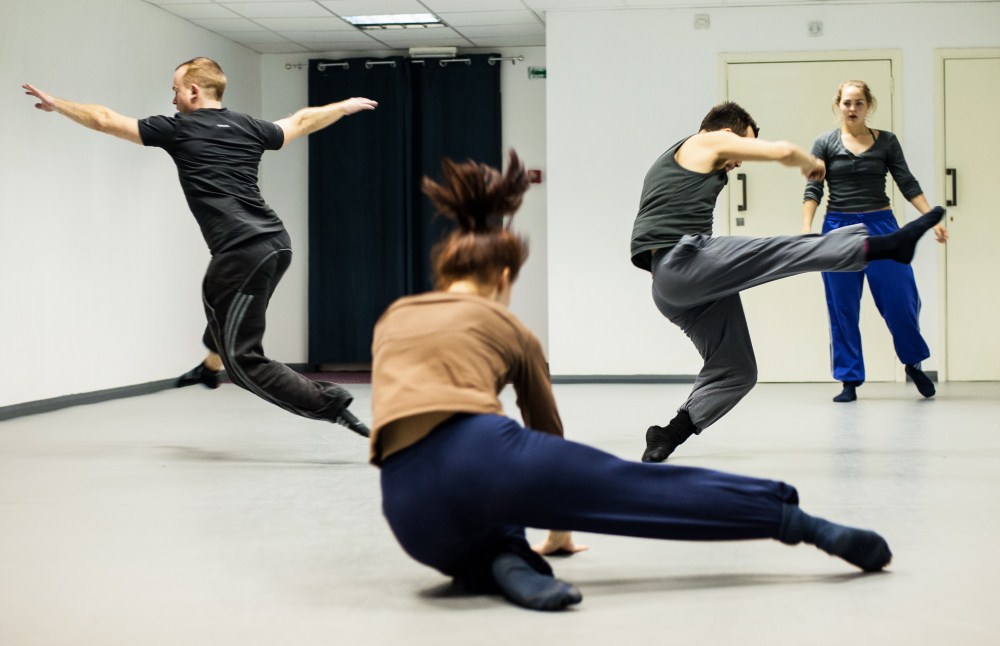 Rebecca Namgauds is one of Showtime's new choreographers: a recent graduate and a founding member of both Rutherford Dance Company Youth and RDC, gaining recognition for her choreography, winning a competition which allowed her to create the initial version of Severed Dreams. An extended version will be performed on Friday 15 November, and further details can be found here.

Autin Dance Theatre was recently formed by French dancer and choreographer Johnny Autin as a vehicle for his choreographic work. Taksim Square reloaded is his first work for Autin Dance Theatre, having previously performed an excerpt of it at Cloud Dance Sundays in July 2013. He will be performing on Friday 15 November, and further details can be found here.

Johnny is an extremely versatile dancer, with his abilities ranging from contemporary and street dance to flamenco, and in the last few years, he's performed in works by Kwesi Johnson, Tom Dale, Tamsin Fitzgerald, Freddie Oppoku-Addaie, Gregory Maqoma and Luca Silvestrini, to name just a few. 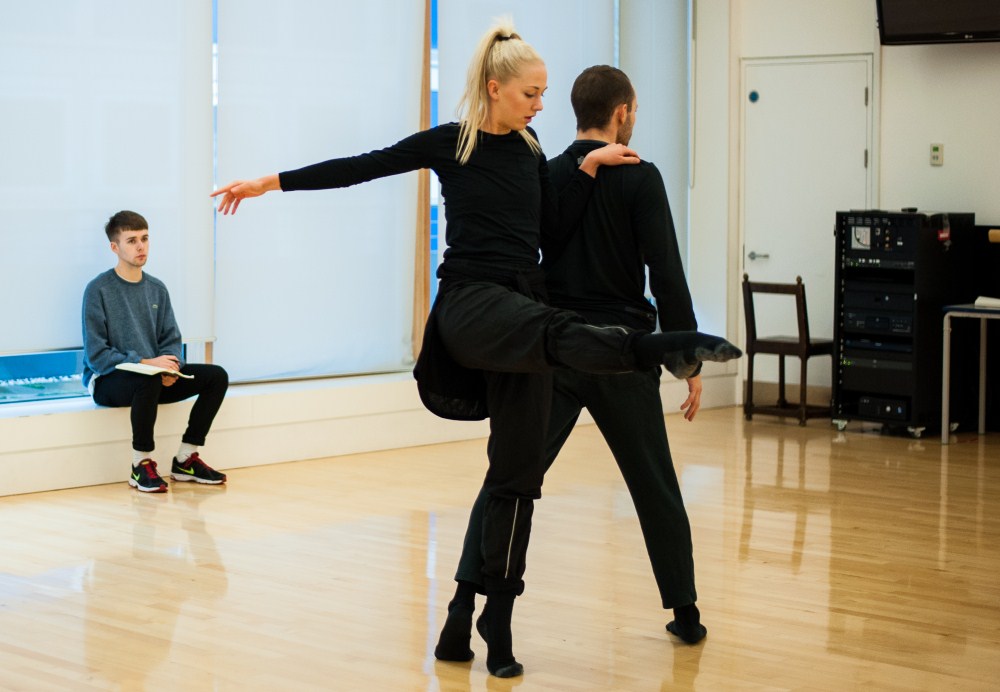 Declan Whitaker is a final-year student at London Contemporary Dance School, whose work has been receiving impressive recognition over the past few years, from being invited to perform a solo at the Royal Opera House by Wayne McGregor, being awarded the prestigious Peggy Hawkins Scholarship Fund earlier this year and having his current work Duet selected by leading dance critic Donald Hutera for his inaugural dance festival Go Live in September, alongside more established choreographers. He will be presenting Duet at Cloud Dance Festival on Saturday 16 November. Further details can be found here.

Anna Buonomo's Story Of A Night Pianist has had an exceptionally rich lifetime as a dance theatre work: originally commissioned by Big Dance as a promenade work, it has since been adapted for Cloud Dance Sundays, it's now being adapted further for Cloud Dance Festival on Friday 15 November while it's also being turned into a dance film, Faraday's Cage, working with award-winning film director Terry Braun, a project which Anna has received Arts Council England funding for. 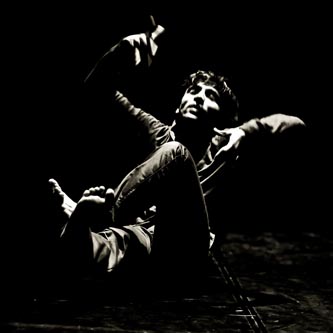 After moving to the UK, Kirill performed as a soloist with Northern Ballet Theatre and The Cathy Marston Project before joining Rambert in 2007 and has choreographed several workshop pieces for the regular Seasons of New Choreography.

Saturday 16 November. Joelene English is a choreographer, dancer and film-maker based in Newcastle upon Tyne. Her work combines taut choreography, beautiful scenography and emotional performances. She is particularly fascinated by mental illness and its impact on everyday lives.

Saturday 16 & Sunday 17 November. "We have both graduated from Rambert Dance School and while we were at school we decided to choreograph this duet for us, then it was shortlisted to perform at Linbury Royal Opera House and Sadler's Wells's Lilian Baylis Theatre. We then realised the real potential that this duet has and decided to take it further and share it with other people."

Friday 15 November. A recent graduate from Roehampton University with a First Class Degree in Dance Studies, Kirsty has been part of many different performance companies, dancing in various venues. She was part of the contemporary dance company 'New Ground' in College, and was then lucky enough to be part of the student-led third year dance company, 'Third Row' at Roehampton. Working with emerging choreographers such as Rachel Erdos, Jack Webb and Ceyda Tanc, Third Row was Kirsty's first taste of being in a professional dance company. She has always been interested in choreography, and this piece is her first major work. She hopes to establish a company in the future, exploring innovative movement and creating new works.

Friday 15 November. Lo-Giudice Dance was formed in 2011 by choreographer Anthony Lo-Giudice. Based in Newcastle upon Tyne, the company has perfomed work in The Edinburgh Festival Fringe, The Alfre ve Dvore Theatre in Prague, Stockton International Dance Festival, Movimentale Fesitval in Italy and Cloud Dance Festival in 2011. Noted projects have been ROMA, a Dance City commission performed at the Edinburgh Fringe, Distant Light in collaboration with The Royal Northern Sinfonia and Construction of the Seraphim performed at San Domenico Maggiore, a UNESCO world heritage building in the heart of Naples. 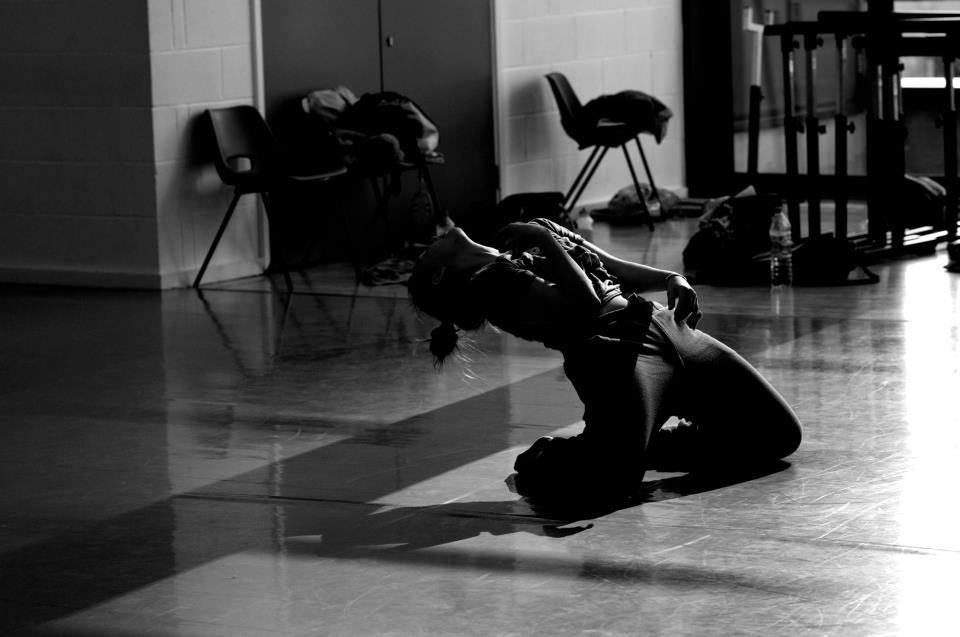 Friday 15 November. At the start of 2013, I became a founding member of Rutherford Dance Company Youth (RDC Youth) with whom I have performed numerous times at various events and platforms. The company performed in Birmingham Fest 2013 with an hour long showcase of youth dance entitled ‘EMERGENCE’ at the Crescent Theatre (Birmingham).