Created in 1999, the National Dance Awards are, in Wikipedia's words, "presented annually in the United Kingdom by The Critics' Circle, and are awarded to recognise excellence in professional dance. They are widely regarded as the most prestigious award presented for dance in the UK, and are considered to be the equivalent of the Laurence Olivier Awards, which are presented for general theatre."

If we overlook One Dance UK's recent competition, the National Dance Awards are effectively the UK's only real awards scheme for dance, and each year, the nominations, awards ceremony and winners typically attract a certain amount of discussion, debate, controversy, trolling and even harassment. Purporting to represent professional dance across the UK, some criticisms relate to an underrepresentation of dance styles outwith ballet, and of independent practitioners and companies. Another criticism is of how significantly overrepresented England is in relation to the other three UK nations, which was a starting point for the report below.

Following a discussion on Twitter between Gwyn Emberton (Wales) and myself (Scotland) on the latter, the logical next step was to track down annual nominations and winners announcements (thank you, Bruce Marriott!), and to crunch and analyse the data, seeing as my day job work is in / with data. I hope you enjoy the report below; any feedback, comments or suggestions may be welcomed.

What Price A Dancer? 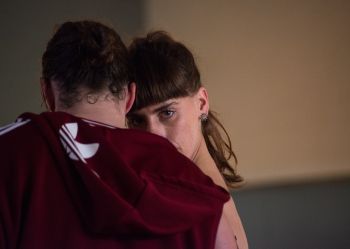 After publishing the original version of this article a few days ago, I discussed it with Rosie Kay, one of the main contributors, and she made some very valid arguments about rewriting this article to reframe and refocus it. In response to one of her questions, I replied that we have far too many people who have been training in dance from an extremely young age and yet are still expected to settle for minimum wage or slightly above, and so that’s my new starting point. 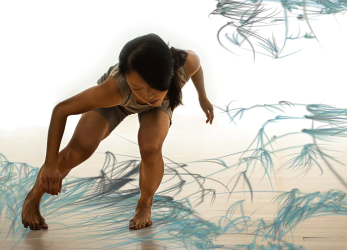 Being 300 miles away from London meant missing most of this year's Resolution! season at The Place.

So instead, based on each of the artists'/companies' programme notes, here's a breakdown of the scale of this year's Resolution! 2015.

Probably far more people were actually involved, but if they weren't actually credited... hopefully the choreographers will remember to include them next time.

This probably would have made a pretty infographic, but I didn't have the patience to design one, sorry. 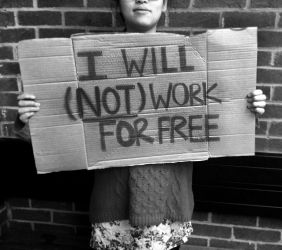 Unpaid work is one of the current buzzwords across the dance industry: we all want to talk about it and decry it, however these conversations lack a basic understanding of the role of unpaid work within our industry, how it is perpetuated, and under which circumstances it is acceptable. In an industry which has been forcibly shifted towards freelancing, how many of us can tell our landlord "I can't pay my rent, but check out this solo I'm working on"?

Between the end of 2012 and mid-2013, I conducted a number of interviews with people across the dance industry - from students and new graduates to midscale choreographers and artistic directors - about the issue of unpaid work within our industry. Around then, Dance UK had published an article containing statistics about paid and unpaid work in our industry, but I felt that further research was needed into the fine details of unpaid work, how it sustains our industry and impacts on its members. Only once we can put unpaid work within its wider context can we start to understand its function within the industry and how to place checks on it.