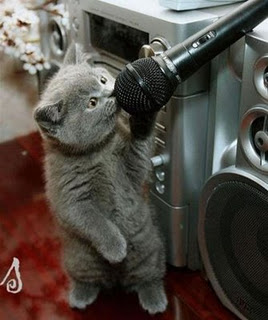 I'd planned to give a preshow speech before tonight's Cloud Dance Friends show to help explain its background and put it in context. But after a day spent running around the theatre (literally), I figured I'd not spent enough time thinking about it or preparing for it. So here's the speech which I would have given - and many thanks to everyone who attended tonight.

Many thanks to everyone who's come tonight.

Who here's been to Cloud Dance Festival before?

Okay, as you know, I don't usually do a preshow talk, but then, this isn't a usual show, and I thought it'd be best to say these things now.

So, I'm doing this show for four reasons.

Firstly, it's exactly a year since the last festival, and I thought that was worth commemorating. Leonardo Greco - if he's here - sent me a frantic message after reading that and asked if I really meant it *would* be the last festival ever. God no - if that was the case, I wouldn't have spent so much time and money going up North for the last few months. But yeay. It's been a year, and let's raise a glass.

Secondly, as many of you know, I've been spending a lot of time up North. That's because I really needed to do some R&D on the Festival, and all the people whose advice I wanted to ask *are* up North (sorry, London). So that has gone really really well, and although I have no idea when the next festival will be - there is still so much left to do - it's going to be really really great when it happens. So again, raise those glasses...

Thirdly, as most of you should know, it's my birthday next Sunday (and nee, it's not a big one). Normally I never do anything for my birthday - last year, it was a week after the festival, so I crawled over to Greenwich to see Joseph Toonga's show and that was it - so I thought it was about time I actually planned something for once. I wanted to do something for both my dance friends and my photography group - people in the photography group, raise your hands? Okay, dance people, these are the people I spend the rest of my time with when I'm not hanging out with you. Or up North.

As some of you know, one of the major challenges I'm finding with the festival is looking for midscale venues in London which support artists. New Diorama is obviously *not* a midscale venue, but they are entirely devoted to supporting emerging artists, and also generally very wonderful, so it has been really brilliant to work with them for this show. Also this is a great venue and a couple of blocks from where I used to live, so I decided I'd rather change the date of my birthday if it meant holding this evening here.

And finally (or not quite finally, as there's one other reason which a small number of people know), I miss Cloud Dance Festival. I really do.

So here's an evening of people whose work I've presented in the past, or whose work I've taken an interest in, or who wanted to be part of tonight, and I hope you enjoy it.

Please do stay for some drinks after the show, and one last thing: no photography allowed during the show. And no phones.

Thank you and enjoy.