Over five years ago, Arts Professional magazine approached me about "the sites I wouldn't be without". Five years later, those have been distilled down to two websites, both in their own states of flux: Article19 tweeting today to announce "future changes", and last week's impromptu and unanticipated announcement that Carmel Smith, the erstwhile editor of London Dance for over 15 years, being made redundant with immediate effect.

It's been ten years since I moved to England and two years since I left London to live up North, and while the concept of a website to encapsulate dance in a local community seems ridiculously self-indulgent, it was always absolutely mandatory in London, from its earliest days. My earliest memories of London Dance are from early 2009 or 2010: I was newly-arrived in London, temping in Covent Garden for an architectural firm, taking class at Pineapple, and spending the rest of my time at work checking out this blue-themed website which was the then authority on dance in London, because there wasn't much else to do during the day. In another temp job around then, I was required to stock up on crisps and biscuits - which I would fit around lunchtime class at Pineapple, to the company's disadvantage.

Things changed. One of my dancers was killed by a truck in 2009, and Carmel not only published her obituary, but also contacted me (when I was still back in Guatemala) when a comment on Wan-Chen Chang McGuinness's obituary was accidentally deleted, in order to track down the original commenter. For all of us up until this point, Carmel was this disembodied voice behind this website we were all so dependent on.

Things continued to change. Everything I did, over the ten years since I returned to the UK, has been through Londondance.com. I sought dancers for a new project; I ended up [somewhat reluctantly] with Cloud Dance, my part-time dance company which later morphed into my seasonal platform, Cloud Dance Festival. Every callout, every notice, every query and notification I've done, it's always been through London Dance - because the site has always been there - for us, its users.

I don't remember too much about London Dance's origins, as it never seemed important. I remember the distant days of the bookmarks being on offer at Sadler's Wells, mentioning various funders, but in recent years, the site has been fully-funded by Sadler's, despite Sadler's management never quite understanding the point or the purpose, much less potential of the site. I gather that it has primarily been funded by Sadler's education department, but how do you reduce an entire industry to such a narrow point?

For me - unsurprisingly - I was interested in how the independent professional dance community is mutating and how the London Dance website could reflect this. Those of you who are friends of mine on Facebook have seen me spend a year or more relentlessly sharing posts advertising rooms for rent, because I'd wanted to set up a digs list scheme through the website, and in the interim, Facebook seemed to be a good way to keep track of the posts on offer. I had discused the structure with Carmel on several occasions, but unfortunately she could not commit to it due to her manager at Sadler's Wells providing her with insufficient support and having ideas of his own of taking the website in a radically different direction [still with insufficient support, but hey].

Another way in which the London Dance website could have supported the wider dance community was raised by Luke Jennings at my open space event on gender and equality in January 2016. Luke had asked for listings of smaller-scale work, and considering that London Dance seemed to have the most comprehensive listings of works on offer, I had asked Carmel for newsletters providing this information, and that was another way in which I found out that all was not well with the London Dance website.

Another action arising from my open space event was the need for studio spaces to advertise when last-minute studio space is available - specifically for the benefit of female choreographers, who may or may not have childcare issues to contend with as well.

With a certain someone's senseless firing of Carmel Smith, London's dance community has lost an essentially invaluable and irreplaceable resource and champion: someone who had spent the best part of two decades ensuring that London's dance artists had the information they needed to be able to find classes, studios and work.

And that is the final line. London Dance helped dance artists find work. No matter what all of us do, what all of us tweet, what all of us share: dancers getting work is the ultimate priority. And Sadler's Wells has chosen to shut that down, to use its infinite wealth to ensure that independent dancers have one less resource to find paid work.

So by firing Carmel, with her 15+ years' of experience, Sadler's Wells is telling us that it doesn't care about independent artists after all. And why should it? It receives funding to support the likes of Carlos Acosta's artistically questionable (*cough* dire *cough*) company and other mainstream artists, but besides its tokenistic Wild Card programmes and Summer School artists, it is woefully out of touch with London's dance artists and the information, support and resources they need in order for their careers to thrive. And that's not even getting us started on dance beyond the M25, even... 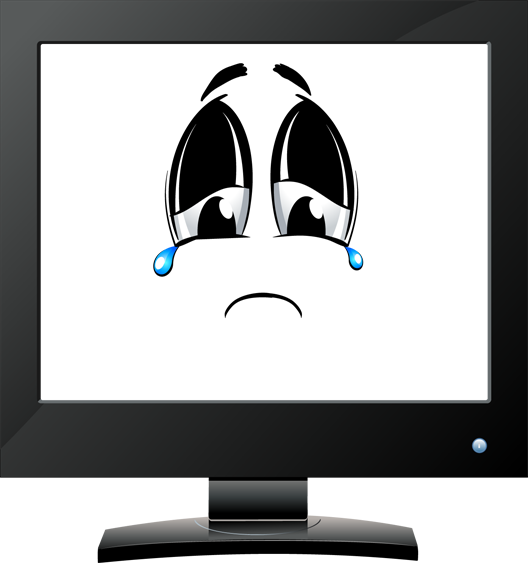 Carmel was in her job for over 15 years. She admittedly had to spend a lot of the last year with her manager really not understanding the point of the website she had created, curated, developed and nurtured without his interference over those years, but I'm sure we're all agreed that we'd far rather have Carmel back in her job and whatsisname out of his - or for Carmel to be in a far worthier job, a few months from now, once she's recovered from all the toxicity of her final months at Sadler's.

The London dance community is enormous, but I am sure that we all thank you, Carmel Smith, for all the bloody hard work you did on our behalf, without ever being recognised or celebrated, and you bloody well deserved so much better than this.

Thank you, Carmel. I wouldn't be where I am without you, and I'm sure the same goes for many many many many artists. Thank you so much for all you did on our behalf. And I'm pretty sure I owe you several drinks, at least.